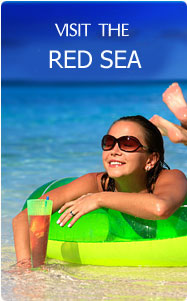 ESNA LOCK
The Egyptian authority of irrigation and hydraulic energy arrange in January of every year to maintain and dredge Esna lock. During this period, the Nile cruises modify their itinerary, beginning and ending at Esna lock. The contents of the program are carried out by bus. Sometimes, due to many boats Esna lock becomes congested and there are delays. If this happens, we will continue the excursions by bus, joining the boat later in the day.
OVERBOOKING :
Due to a weak tourist infrastructure in Egypt, boats and hotels are sometimes forced to work with a certain percentage of overbooking. If this happens with your clients, we will change the boat or hotel, respecting the same category, in which they had their reservations.
V.A.T.
Since the 3rd of May 1991 Egypt has a new tax, called the added value tax. Everything you buy has a tax. It’s wavering between 5 and 30 percent and will be added to the price. The high of the percentage depends on what you want to buy. In tourist places only 5 percent is usually added. Prices are marked as a net price with no taxes added. Tax will be added when the client pays.
TELEPHONE & COMMUNICATION :
Most hotels have international lines. Warn your clients that hotel room telephones are connected with a computer. This operator automatically after the fourth ring, you will be asked to pay the minimum, even if there was no reply. Prices are between 07 and 11 us dollars with a minimum of 03 minutes. Even if you call only 01 minute you will be asked to pay the minimum. It is better to call from the central or by phone card.
TIPS :
Like all other countries, tips are something normal, even if a little. The guests will be asked for tip 10 le per person for every night spent on a boat, the bus driver in Cairo 2 le per person, the guide of your clients 2 us dollars or the equivalent in Egyptian pounds for each day the guide works for them.If a guest is interested in having a camel ride then he will be asked to tip the camel man, almost obligated le 5 to le 10. All other tips are paid by CONTOURS Egypt.

SHOPPING :
A variety of things are specialties in Egypt, like cotton, silk, gold, silver, alabaster, copper, papyrus and leather. In many shops you are advised to bargain, aim at almost 40 percent of the first asking price. There is always an exception to the rule. For example: in papyrus institute with originals, prices are fixed, while papyrus in the street, not necessarily a good quality, is cheaper and can be bargained with. If the client is in doubt he can ask his guide. In Cairo you may also go to shops of international fame like Benetton, Stefanel, Joval, New man, Venti, Mex and Mobaco.

SECURITY :
Something you will find in Egypt is to be safe everywhere in any time. If you face any problem, Egyptians help you by very gentle and gallant way. Most hotels and boats have safety boxes, free of charge, where guests can keep their valuable things. Most hotels and boats do not accept any responsibility if guests lost anything kept in their safety box.
EARLY START :
Egypt is a country where domestic flights and tours are usually early in the morning because of avoiding the heat of the day.

TICKETS :
Our system in CONTOURS Egypt for the convenience of our clients is to collect all air tickets for reconfirmation of departure from Egypt. We will retain the departure coupon and they will receive back only the cover of the ticket and any coupons for further journeys.
PASSPORTS :
Usually guests leave their passports at the hotel reception upon check in. For stays in excess of 7 days the passport needs to be registered (hotel will care about it). Please do not forget the passport when you leave the hotel!

TAXIS & CAR RENTAL :
In most of hotels there is a car rental office, usually an international company. Guest is required to have an international license to hire a car in Egypt. Some of these companies also rent their cars like taxis with fixed prices. Also there are limousine services. They have fixed prices. Outside of every hotel are taxis and buses ready to take guests wherever they want.
VOLTAGE :
Usual current in 4**** and 5***** hotels and other tourist places is 220v.
LUGGAGE :
If luggage has to be in store at any time in the tour, it will be guarded well. Specifically at the end of a Nile cruise the luggage will be taken off the boat and store on the shore.

BOAT CABINS :
Normally, cabins are situated on three or four stores. Guides distribute cabins in a fair way, everyone getting to choose his number.

The official name of Egypt is The Arab Republic of Egypt. This country covering an area of about 1,001,450 square km in North Africa. Egypt borders Libya to the west, Sudan to the south and the Gaza Strip and Israel to the east. The northern coast borders the Mediterranean Sea; the eastern coast borders the Red Sea.The largest river in the world-Nile is long almost 6, 680,000 km.

POPULATION :
The population is concentrated along Nile with almost 60 million people. A demographic explosion in rural areas with almost 1, 000 inhabitants per square km. Cairo with its suburbs is populated by almost 16 million people alone. Then, there is Alexandria, Ismailia, Suez, Port Said, Aswan, Luxor and other smaller towns.

LANGUAGE :
The official language in Egypt is Arabic and the office language is English. However English, French, Russian, German and more languages are widely used in the tourist areas.

Ruins of the Egyptian paleolithic era are the oldest remains of the world. This era is followed by the pharaonic period which stared at 3.000 bc until 332 bc. Then Alexander The Great came to Egypt. After winning the marine battle of Actium in 30 bc Roman reign took over until 643 ad. This heralded the ptolomic age. Roman domination lasted more than 395 years. After this Egypt became a small part of en empire until 642, followed by Arab conquest. Arab rule was varied and turbulent, including tribes from Omayas of Damascus, Abbasids of Baghdad, Tulun family, the Fat Imides, the Ayubi and then the Mamlukes. Arabs controlled Egypt until 1517.By 1517 Turkish, better known as Ottoman, chased the Mamlukes away in The Margdabek battle. Then Egypt became a small part of the Ottoman empire, until the coming of Napoleon in 1798. This was the first modern contact which Egypt had with Europe. From 1805 began ‘modern Egyptian history’ under the reign of Mohammed Ali family. This lasted until the fall of king Farouk, the last ruler of the Egyptian royal family of Mohammed Ali. Farouk was overthrown by Nasser, the revolutionary president of Egypt and so the republic of Egypt was born in March 1953.Several historical names connect us with Egypt, e.g.: Ramses, Tut Ankh Amon, Nefertiti, Cleopatra, Saladin and more.

MONEY :
Egyptian pound (le) is the official currency. One Egyptian pound has 100 piasters. Bills of the Egyptian pounds are 1, 5, 10, 20, 50 and 100. There are also bills of 25 and 50 piasters. One us dollar equals approximately le 5.7 (as of October 2006). Money can be exchanged in banks, in hotels or in bureau de change. Some hotel banks are opened 24 hours a day. The black market has totally disappeared after the last devaluation of the Egyptian pound. We, at CONTOURS Egypt, advise our guests not to change too much money in one step and whenever they change money to keep the bank receipt for changing back to other currencies. It is possible to change money everywhere. Credit cards can be used in 4**** or 5***** hotels, in boats that belong to the international chains and some of bazaars and papyrus institutes. It is possible in some banks to take money from credit cards (for more than 150 dollars per withdrawal you will need the approval from your bank)

CLOTHING :
During summer you need light clothes. In winter a coat or a jacket is recommended in the evening. Most of your sightseeing will be in places with sandy grounds so wearing sport shoes would be advisable. In the Egyptian museum, mosques and churches clothes need to be more conservative.